The History of BNI 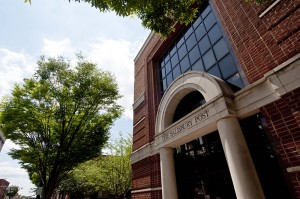 A private company, BNI’s controlling stockholder is Jim Boone. His wife and children own all other stock in BNI. Numerous others associated with BNI own stock or have financial interest in BNI-operated subsidiaries. BNI manages companies owned by Carpenter Newsmedia, LLC, a private company owned by Todd H. Carpenter.

BNI has its corporate origins in Tuscaloosa Newspapers, Inc. [TNI], a company that leased The Tuscaloosa [AL] News from Public Welfare Foundation, Inc. [PWF] from 1951 until 1981. TNI went through several intra-company mergers and name changes in 1981-83, following its decision not to renew its lease on The Tuscaloosa News. Beginning in 1981, PWF operated The Tuscaloosa News for several years and then sold it to The New York Times Company. It has since been sold twice.

PWF was principally funded in the 1950s by the late Charles Marsh, who gave The Tuscaloosa News, The Gadsden [AL] Times and The Spartanburg [SC] Herald-Journal to PWF. The structure of leasing newspapers to their publishers and significant PWF funding was provided by Carmage Walls, who then headed Marsh’s newspaper company and about that time began his own company.

Buford Boone, father of Jim Boone, was publisher of The Tuscaloosa News under Marsh ownership and formed TNI to lease the newspaper under Walls’ guidance. He had come to Tuscaloosa in 1947 when Marsh’s company bought that newspaper. Prior to then, he was editor of The Macon [GA] Telegraph, a Marsh-owned newspaper published by Walls. In 1957 Buford Boone was awarded a Pulitzer Prize in Journalism for distinguished editorial writing. 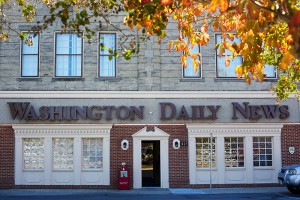 Jim Boone worked for Walls-owned companies from 1958 until late 1968, in Georgia, Texas and a number of years as publisher of The Suffolk [VA] News-Herald, then owned by Walls and Gene Worrell. He returned to Tuscaloosa in late 1968, when his father sold him a controlling interest in TNI as part of a plan to acquire other newspapers.

Walls suggested selling the leasing company to Jim Boone, provided the basic plan for acquiring newspapers and gave periodic strategic advice for more than 25 years. While there are no financial ties to the Walls Family, the association of the Boone and Walls families continues strong through succeeding generations.

The Picayune [MS] Item, then a weekly newspaper, was TNI’s first newspaper purchase in 1970, following in the same year with The Natchez [MS] Democrat. The Picayune Item was converted to a twice weekly, then daily and was sold in 1980 along with The Poplarville [MS] Democrat to Donrey Media. The Alexander City [AL] Outlook and The Dadeville [AL] Record, both weeklies, were purchased within the coming 18 months. The Outlook is now a daily. Carpenter Newsmedia now owns The Picayune Item, and that purchase in 2013 brought it and The Poplarville Democrat back to BNI management.

Additional publications have been added over the years. In 1988 BNI entered a partnership with Narragansett Capital, Inc. [NCI] of Providence, Rhode Island, and acquired operations in Southwest Michigan that include two daily newspapers, two weekly newspapers and a large free shopper. The next year the partnership acquired Woodson Newspapers of Brownwood, Texas, a group of six daily newspapers, a twice weekly newspaper and a number of weeklies, working the Woodson operations into what became BNI’s Southwest Group of five dailies in Alice, Brownwood, Stephenville and Waxahachie, Texas and Miami, Oklahoma. In December, 1999, the Michigan operations came under BNI family ownership and the Southwest Group was sold by NCI and BNI to another party in January, 2000.

Partners have been an important part of BNI’s development. For about 20 years, BNI had a partnership with what originally was Capital Cities Communications, Inc. BNI bought out those interests in 1997. A number of individuals have been partners in ownership with BNI over the years, usually newspaper executives with close ties to the organization.

In 1992, BNI acquired three Minnesota daily newspapers from the Thomson organization. Then, in 1995, it acquired competing shoppers from another owner in two of those communities, along with a central printing plant in the area.

In 2010, BNI acquired The Washington [NC] Daily News from the Futrell family and The Tryon [NC] Daily Bulletin from Jeff and Helen Byrd. Both are community daily newspapers.

In 2012 and 2013, BNI and its affiliates acquired The [Brookhaven, MS] Daily Leader from the Jacobs family, The Vicksburg [MS] Post from the Cashman family, The Picayune [MS] Item and the Poplarville [MS] Democrat from Community Newspaper Holdings, Inc. All are community daily newspapers that are long-established and well-respected in their communities.

In 2014, BNI and its affiliates acquired The Elizabethton [TN] Star from the heirs of longtime publisher and owner Frank Robinson, The Salisbury [NC] Post, Davie County [NC] Record and Clemmons [NC] Courier from Evening Post Industries of Charleston, SC, [LaPlace, LA] L’Observateur and The Bogalusa [LA] Daily News from Wick Communications of Sierra Vista, AZ, The Oxford [Miss.] Eagle from longtime owner/publishers the Phillips and Vasilyev families, and The Port Arthur [TX] News and The Orange [TX] Leader from Community Newspaper Holdings, Inc.

In 2015, BNI and its affiliates acquired The Farmville [VA] Herald from the Wall family, The Americus [GA] Times-Recorder and The Cordele [GA] Dispatch from Community Newspaper Holdings, Inc. and The [Frankfort, KY] State Journal from Dix Communications.

In 2018, BNI and its affiliates acquired The Panolian [Batesville, MS] from John and Rupert Howell and The Coastland Times [Manteo, NC] from Times Printing Co. and its longtime owners, the Meekins family.

In October 2022, the name of the company was changed from Boone Newspapers, Inc. to Boone Newsmedia, Inc., to better reflect the nature of its business and mission going forward.