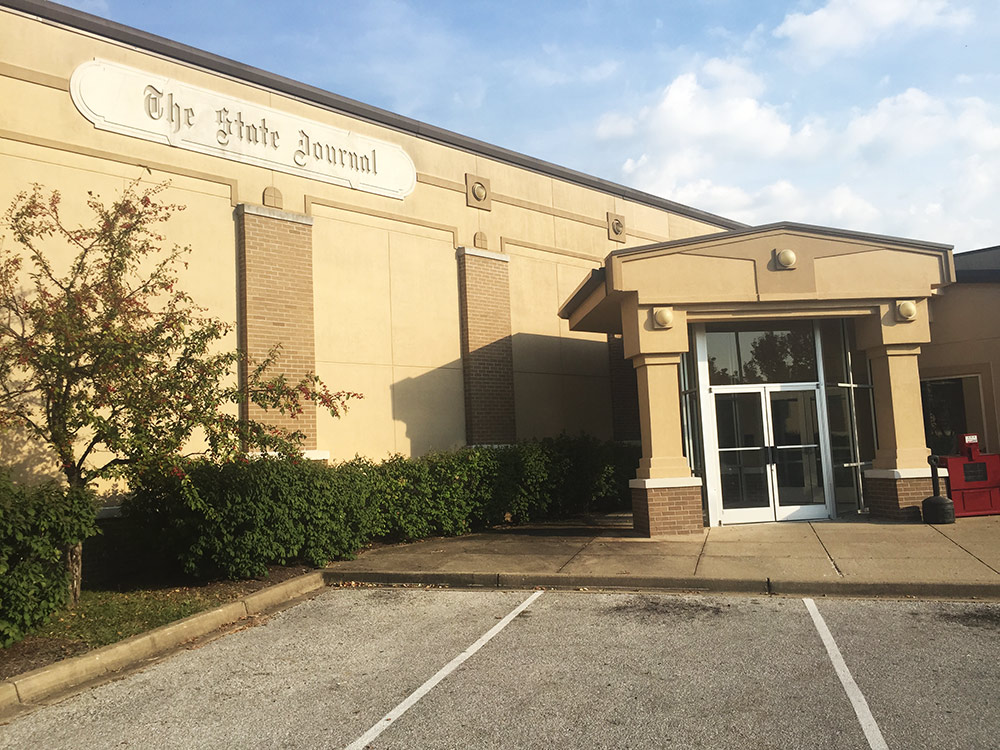 A New Beginning for the State Journal

Newspaper may be changing hands, but familiar faces still in charge

Agreement in principle for the sale was announced last month, and final details were worked out in recent weeks.

FNL is majority owned by Boone Newspapers, Inc., (BNI) with offices in Tuscaloosa, Ala. and Natchez, Miss. Other owners are Natchez-based Carpenter Newsmedia, LLC, (CNL) and key BNI personnel. Jim Boone, of Tuscaloosa, is BNI’s chairman. Todd Carpenter, of Natchez, is BNI’s president and chief executive officer and principal owner of CNL.

“We are blessed to have Lloyd and Phil remain with us as key people on our leadership team,” said Steve Stewart, a BNI vice president and minority owner of FNL. “Their deep knowledge of The State Journal and this community will help us build on the excellent foundation laid by the Dix family.”

Lynch, 55, a Frankfort native, has worked for the newspaper for more than 30 years, starting as a substitute carrier. He is a former circulation director and has served as advertising director since the late 1990s.

“I look forward to the opportunity to work with Boone Newspapers as the new general manager of The State Journal,” Lynch said. “The printing business has been a huge part of my life. My father retired from the Commonwealth of Kentucky as a printer, so I like to say ink is in my blood.”

Lynch is a member of Good Shepherd Catholic Church, where he serves on the Parish Finance Council and Parish Liturgy Committee and is a past member of the Parish Council.

“I am delighted to be afforded the opportunity to continue to direct the news operation with the Boone folks,” said Case. “I have been very impressed with their dedication to the communities in which their newspapers are located and their passion for local news will do nothing but enhance this newspaper going forward.”

Case took over the newspaper’s lifestyle page in the spring of 1978 and, with the blessing of late publisher Al Dix, developed the Spectrum section of which he remained editor until becoming editor-in-chief of the newspaper in July of 2014.

Like Lynch, Case’s roots in the printing business run deep, his father having worked in the composing room of the Herald-Leader for nearly half a century.

He is a graduate of Transylvania University, Lexington; the Lexington Theological Seminary and is an ordained minister in the Christian Church (Disciples of Christ). He and his wife Susan are members of First Christian Church, Frankfort. They have two children. Clark Case is an attorney in Lexington and Megan Case Curnutte is a deputy clerk in the Circuit Clerk’s office here.

“We look forward to joining Lloyd, Phil and the excellent staff of The State Journal in the work they do for their readers and customers,” said CEO and president Todd Carpenter.

“And we are honored to have been chosen by the Dix organization to succeed them in Frankfort. We will work hard to meet our every obligation to all who have a stake in the success of the newspaper.”