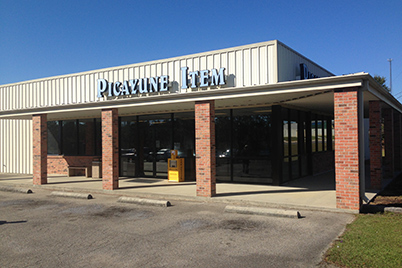 The sale ends more than a decade of operation of the newspapers by CNHI.

Linda Gilmore will continue at The Item and The Democrat as publisher. Todd Carpenter of Natchez is BNI’s president and chief operating officer and is principal owner of CNL. James B. Boone, Jr., of Tuscaloosa, Ala., is BNI’s chairman and chief executive officer of BNI.

“It has been a privilege to be associated with the hard working teams in Picayune and Poplarville for the past decade. We wish Todd Carpenter, Jim Boone and their companies all the best as they move forward in these communities,” said CNHI Executive Vice President and COO Steve McPhaul.

BNI started as Tuscaloosa Newspapers, Inc. and purchased The Picayune Item in 1970 from the late Charles Nutter and his family. At that time The Item was published weekly. It was increased to twice weekly publication, then to daily during that ownership. The Poplarville Democrat was acquired several years later. Both were sold in 1980.

Carpenter said he and Boone are “deeply appreciative of the confidence CNHI has placed in CNL and BNI as their successors, and we will work hard to merit that confidence.” Boone said he shares that appreciation for another opportunity to work with and for The Item, The Democrat and the people they serve.

“We are pleased Linda Gilmore will remain as publisher,” Carpenter said. “Her steady leadership and knowledge of community newspapers will be important to us during the transition and thereafter. We look forward to becoming a part of the communities and county served and will work hard to meet our every obligation to readers, customers, employees and all who have a stake in the future of these communities.”

CNL has ownership in BNI affiliates in Mississippi, Alabama, Georgia, North Carolina and Virginia. Carpenter has been president and COO of BNI for the past nine years.

BNI owns and manages 46 newspapers in similar-sized communities that, in addition to those in which CNL has ownership interest, are in Minnesota, Michigan and Ohio. Operations near Picayune and Poplarville include The Brookhaven (Miss.) Daily Leader, The Natchez (Miss.) Democrat and The Vicksburg (Miss.) Post. The organization has a rich history of quality newspapers, websites, magazines and other publications in the communities it serves, explained in part by Boone’s corporate philosophy: “We seek to produce the highest quality product the economics of the community served can support. And then, by ingenuity and imagination, we strive for a higher quality in an effort to serve and build that community.”